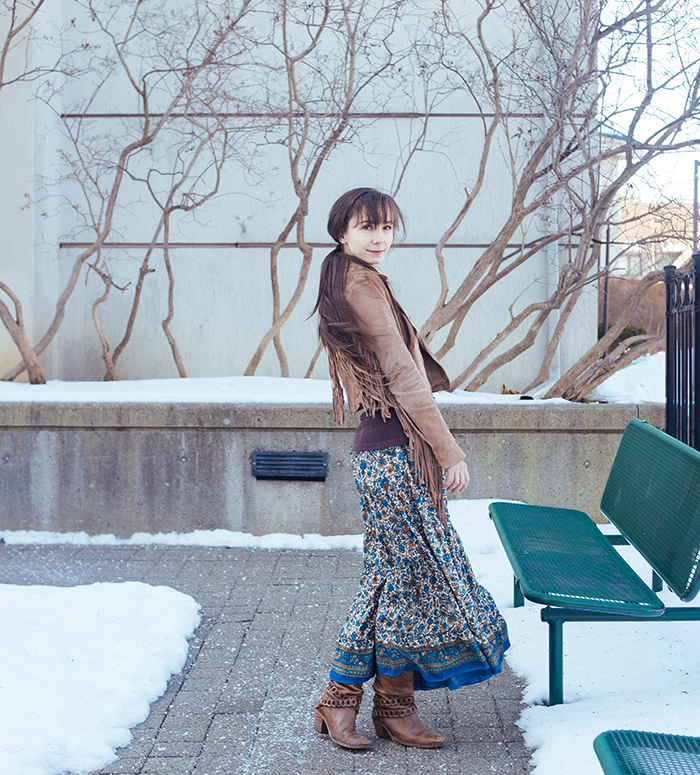 You Win Some, And Some Dresses Fall Apart

So I’m a bit bummed. Gotta say. I bought this dress over the Christmas holidays and have been looking forward to wearing it. When it first arrived there was a malformation and it gaped at the sides. So wearing was delayed until I could bring that in with my sewing machine.

Then the first time I wore it – below – was the last. I wore it for lunch at my Mom’s and then a couple hours sitting at my desk. But during that time, two major holes formed where the seams came apart at the ruffle. I tried to fix it – but my average sewing skills were not enough. Worse still, while working on it, I noticed another hole in the early stages. So after trying ti fix it some more, I had to accept it was beyond salvaging.

Now I’m a big fan of Tree of Life. I own several pieces and have never had an issue, and thought this dress was really beautiful, but man am I livid about the quality and durability of this piece. And it’s not like I can send it back because it’s waaay past the return date since it took me so long to get around to bringing the sides in.

Ugh. I guess sometimes you get a lemon…..where’s the tequila? Have you had something like this happen? If you’re willing to share your story, I’d love to hear.