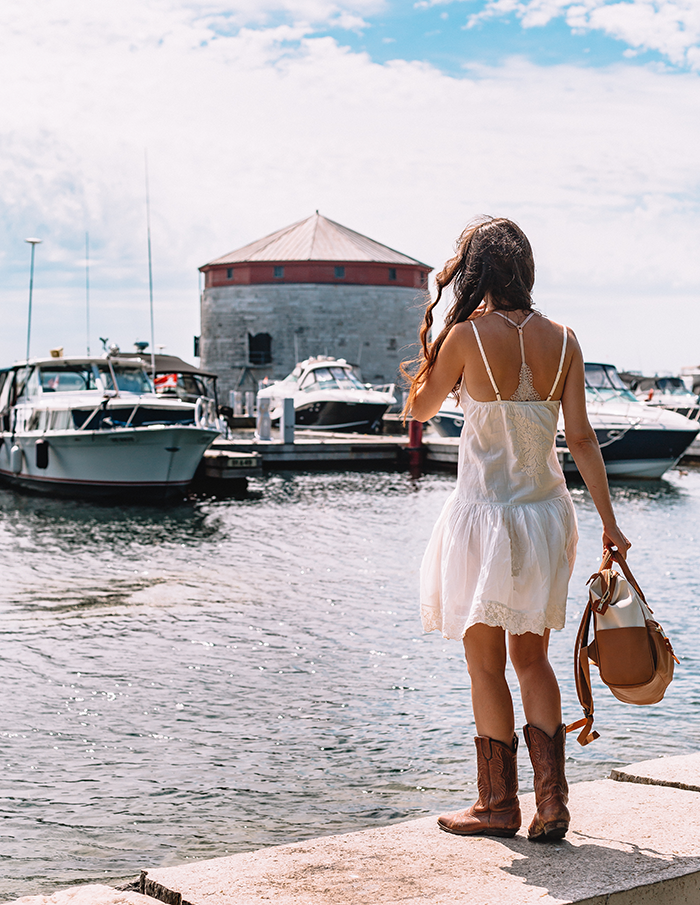 The city of Kingston in Ontario is so pretty. It’s managed to protect a lot of it’s historical buildings and character.

Unfortunately, due to my Grandmother’s heart condition, we can’t do a lot of walking and bumming around in that way. But we all managed, with lots of driving and cafe rests.

Also, my Mom and I left the crew over ice cream and ran to two shops. In one of them, a men’s sock shop, we got three matching pairs of Freddie Mercury high socks – because what can I say? We are a family of Queen lovers.

Leaving the Ladies over lattes, Andrew and I popped down to the waterfront to get information about the Thousand Island boat cruise for my Mom and Grandma. And we just happened to meander on the boardwalk…and just happened to take a scenic route back to the cafe. What can I say, it happens.

Also, we visited Sir John A. MacDonald’s – Canada’s first Prime Minister – home in Kingston. But sadly, due to restoration work weren’t able to go inside. The garden however, provided amply enough views. My grandma though, did critique the way the gardeners were going about their work, they were doing it wrong, apparently. But since she doesn’t speak English, she couldn’t instruct them on the proper method. If you were ever in doubt about where my attitude comes from, it’s clearly in the genes.