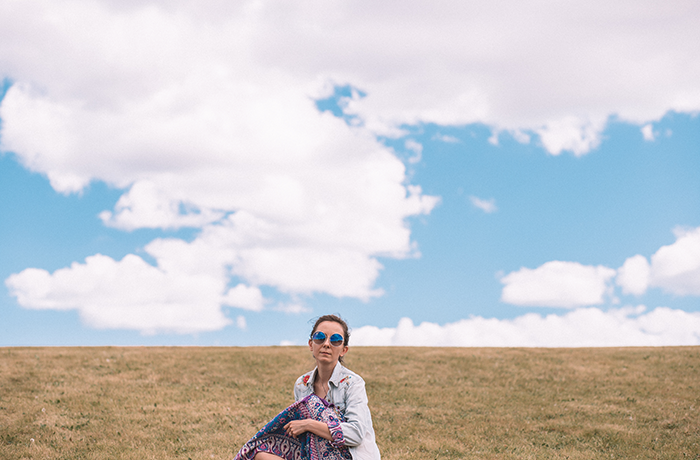 Learn things like fixing seams, bringing up a hem, repairing buttons. Learn the concepts behind patterns so you can make alterations like bringing in a waist, bust, or removing sleeves. Learn how to put in darts, make a french seam (seriously google it, it’s awesome), and do basic reinforcement.

Sure it may sound daunting at first to learn this basic skill. But it’s not really. I learned basic sewing from my mom, and the rest? Well, I just googled it, and watched a few youtube videos on whatever particular thing I was trying to do/learn at the time. But mostly I just assess the garment and think about the structure. If I look at the structure, I can usually figure out a way to adjust it for me without f**king with it.

And trust me, investing in a sewing machine (mine was $90) and learning some skills will save you a ton of money and time going to a seamstress and paying them to do it. Plus, there’s a lovely power about taking it all in your hands.  There will be times that it’s beyond you, or you’re not sure of your skills yet. And those are times you take it to a seamstress (or in my case, a mother-in-law), but if you want to buy vintage, just get comfortable with taking charge of the garment.

Don’t be afraid to cut it and make it your own – it’s yours now and altering it, doesn’t diminish the life it had before. I’ve brought up hems, removed sleeves, and cut out ruffles because I wanted it to fit me. It’s okay to modernize or alter a piece. It’s yours now, time to make your mark.