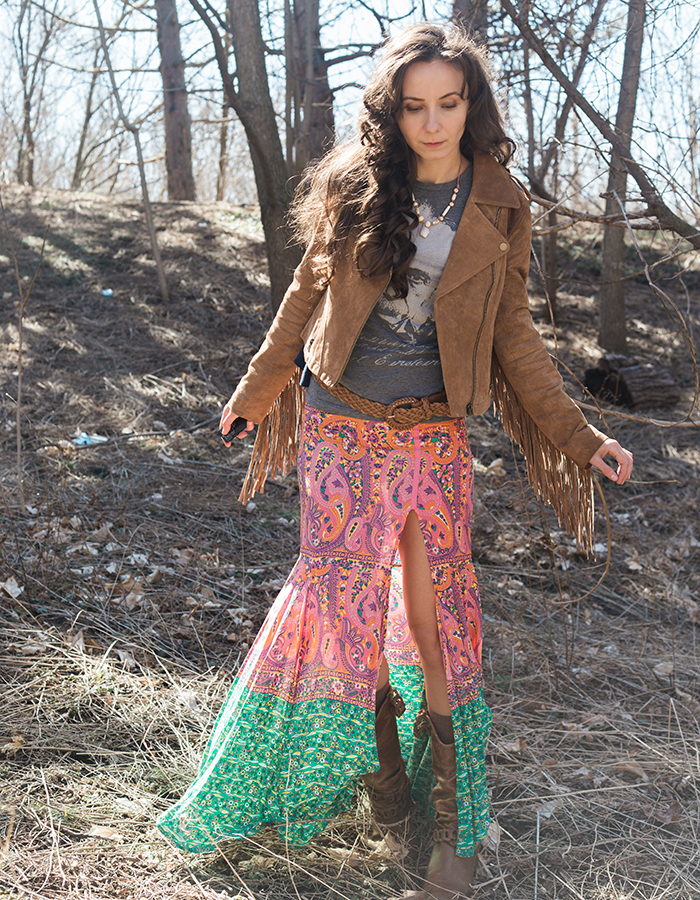 The Rest is Silence

“Now let silence speak. As than begins, we will start out.” – Rumi

I think people undervalue silence. They undervalue the pleasure of being with someone without speaking. Yes, we all need to talk, and to communicate, but sometimes it’s better, it’s nicer to just sit and be. It’s not an awkward silence. It’s a silence that speaks of shared moments, that speaks of experiencing existence with another soul.

So what am I saying? I’m saying that knowing and appreciating the need for words and for silence is a true gift. It’s a skill that should be practiced and honed. Jacket – c/o Lyst
Tee – old so I forget
Skirt – Arnhem
Boots – thrifted
Necklace – I made it with a shell I found in Cuba.
Belt & Earrings – F21