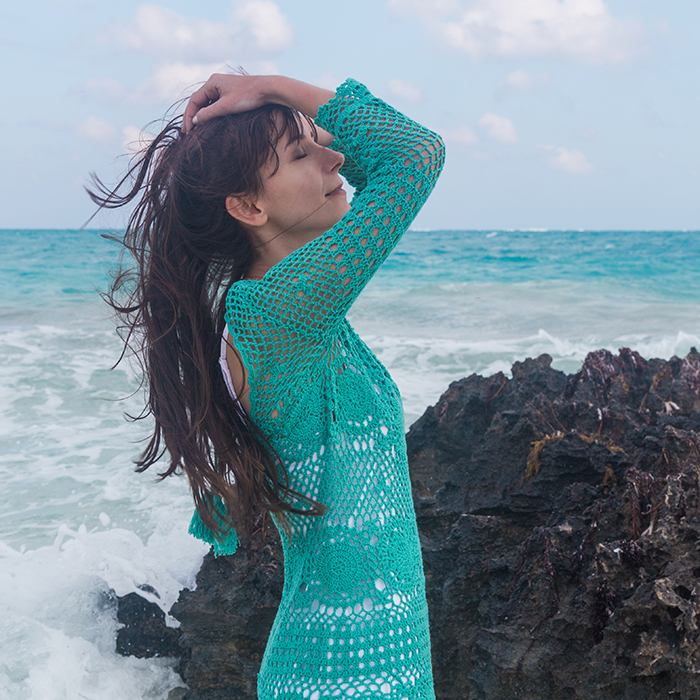 Just a few kilometers away from we were staying, a ten minute bus ride actually, was Playa Pilar. Considered the most beautiful beach in Cuba, it was a favorite Hemingway haunt. He would sail here and fish and spend hours in the breathtaking views. The rocky formations jutting out of the ocean, and the perfectly white powdery sand – sand so soft I’ve never felt it’s equal –  were simply breathtaking. I’ve only felt an equal sort of awe when staring off the cliffs outside Lagos, Portugal on the Algarve coast.

Trekking inland, there were countless dunes and beautiful undulations in the land with the occasional cave.