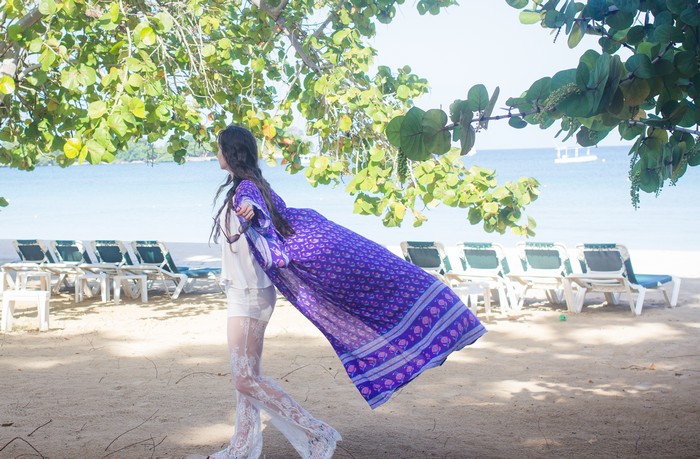 I shared a hotel room with two lovely ladies: the Groom’s sister and cousin. The first was the sweetest woman, and the second was the coolest, so I felt pretty lucky. They both enjoyed staying up later than I *I’ve never been one for staying up late as I love being awake and having adventures during the day*  So, that meant that early in the morning I tried to quietly get dressed and vacate the room so they could continue sleeping.

It also meant that I was awake and walking around the resort earlier than a lot of people.  But I kind of loved this time. The beaches were clear of people, and the only ones awake and bustling about were the lovely Jamaican people themselves.  It meant I could walk about and explore areas, and take photos, with relatively few people caring about what I was doing.

Though to be fair, I think by this time I had earned myself the “crazy photographer lady” title as on the wedding day and the day before during the detail shots I was both a contortionist and throwing little ants out of my shot. People generally just gave me a wide berth, after all I might snap at any second. Even the ants did not escape my wrath.