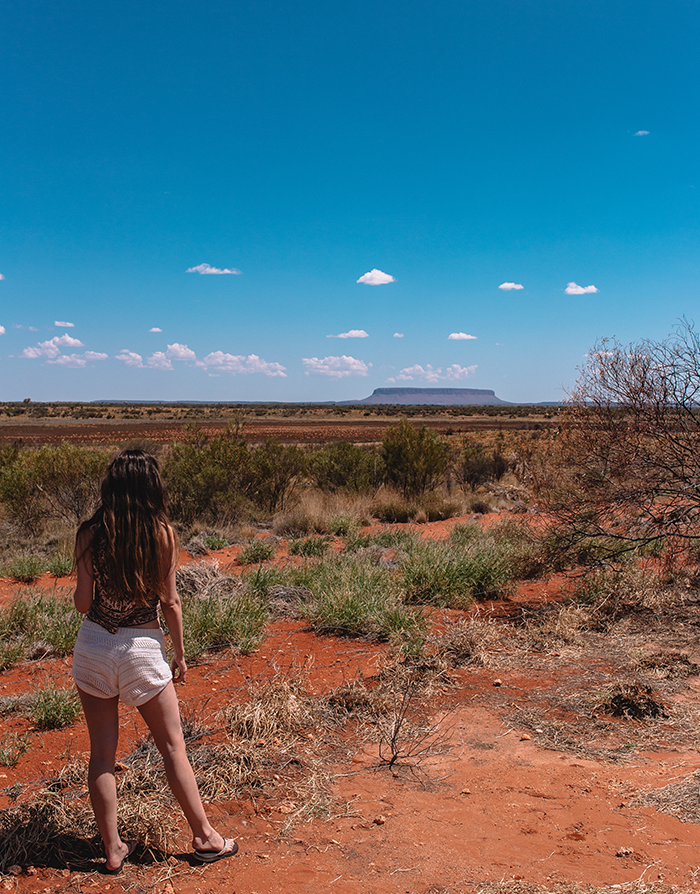 Up at 4am – it’s kind of a routine you get into in the Outback when you have long drives and hikes to do. Because that summer heat will take it out of you and you want to be done your hike by 10am, if possible.

So onto the bus, stopping in Marla for a coffee… …and then leaving South Australia… …for the the Northern Territory. I want to delve into the political tensions associated with these as education about the regional politics is a fascination – I am a PoliSci major after all. And you bet I have books on hold to become more informed. But if you have suggestions, please leave a comment. In Erldunda, we stopped to have lunch and be met with a brand-spanking new bus to swap out for our falling apart, tiring losing and shredding one. It was lovely and we all got to stretch out just a little bit more on this plush new one. Then on towards Uluru and the three rock formations. Mount Connor, or Attila, was the first one that came into view. Keith, our guide, told us a story of how over the many years he had befriended an Aboriginal elder, Billiy Warra (sp?) who told him the story of Mount Connor:

Two young men stole and instead of facing up to their crime, they fled to Mount Connor. They scaled it, lay down, and died on top of it. It was a moral to younger members that you always face up to your mistakes and misdeeds. It has since become a place of bad energy because of this tale.

The guide mentioned that this isn’t the official tale because that’s not a story shared with the officials and therefore is not acknowledged. But there you go.

Then onto Uluru and a quick drive around for views – the whole following day would be Uluru focused – before heading to the camp grounds.