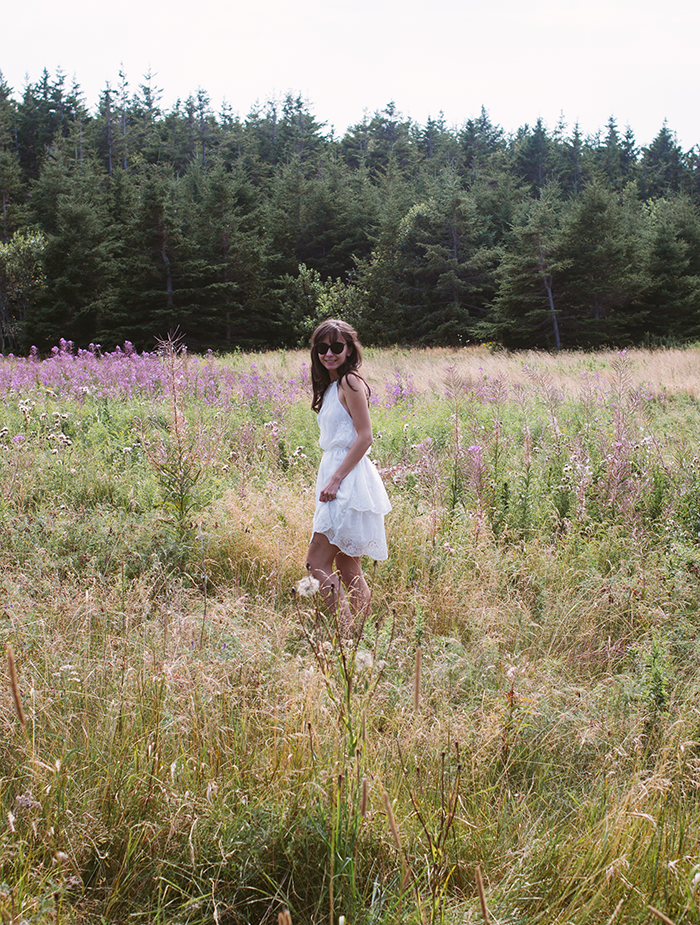 Crossing the sand dunes, which we technically shouldn’t have done but didn’t know until after, we found the path of a nature walk and this time decided to follow it. Until I came across a field with these stunning purplish/pink flowers and I had to run in for some lovely shots. I was so distracted by these flowers that later up the trail when we saw a whole crap load of poison ivy and a warning sign, I couldn’t remember whether or not there had been any poison ivy in the field that I ran through. In tiny open sandals.

This train of thought of course sparked the highly intellectual debate as to how Kate Walsh “Addison Montgomery” got poison oak all over her Vagajay *as pronounced by Dr. Bailey.* The discussion between us went something along the lines of:

Me: “I’ve squatted in the forest, and the thing is you don’t squat on a plant because then it would all spray everywhere, so how does she get the rash in there?”

Him: “Maybe she used a leaf to wipe.”

Me: “First off,t hat’s stupid. But secondly, she didn’t have poison oak on her hands, which she would if she used a leaf to wipe. It makes no sense.”

Him: “You know it’s a tv show and there would be no comedy without the poison oak, so she got poison oak.”

Me: “I can’t talk to you when you’re being rational.” Dress – Ministry of Style via The Style Squad
Shoes – old, so I forget
Sunnies – bought in PEI at a beach shop, brand Dot Dash