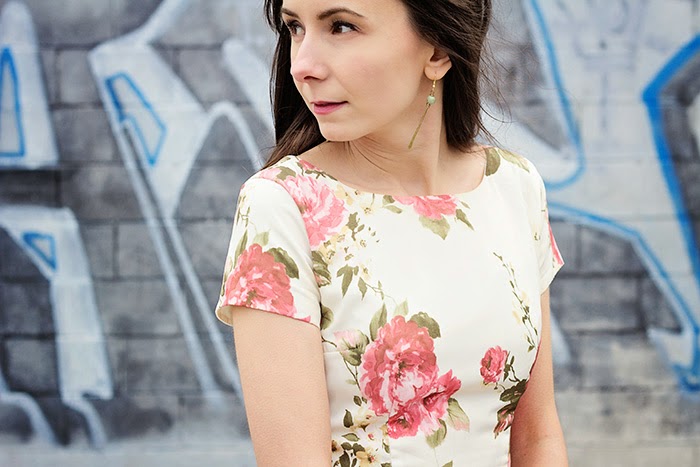 Class It Up A Bit With A Floral Fit and Flare Sometimes.  Occasionally.  Once in a while.  From time to time, I can class it up a bit.  You know pretend that I’ve got a touch of the lady in me.  I went to a film premiere and decided that this night I would do just that.  I also decided to do this because before the film a new trailer of another film I’m in that’s in post-production would be revealed.  And in this film I play one half of a swinging couple….so I thought I should at least be a lady in person for a bit…since on screen.  Well, let’s just say there was a moment I was certainly blushing.  Thank goodness it’s dark in the theatre!