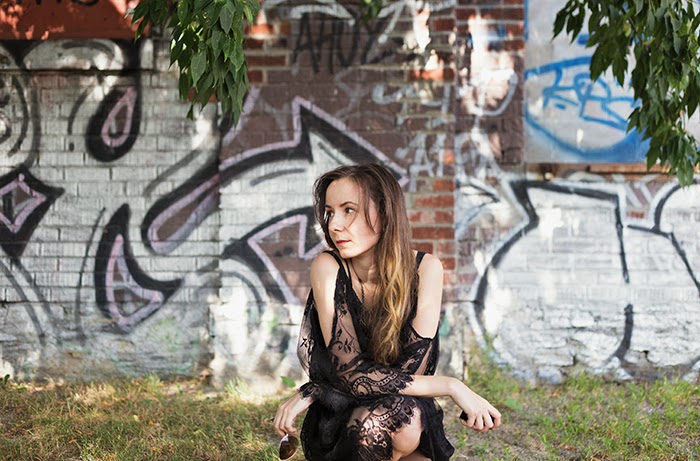 My girl started school last Thursday.  *Thank you to everyone who has shown such support through emails, tweets, and comments.  It’s so wonderful to have you as part of the extended family*  I wasn’t there for the first ever drop off, as I was at an audition.  But Andrew dropped her off.  She didn’t want to go.  She resisted going into class, and eventually, when everyone was inside, he had to place her in class and just close the door.  When he left she was sitting in a corner sucking her thumb.

But when we picked her up, she was happy and smiling, and told us excitedly about the things that she did that day.  The teacher told us she was right into everything and had no problems.

Then the next morning came.  I had to drop her off by myself.  She didn’t want to leave the house – hiding under a blanket for protection.  I had to threaten her : go to school, or sit in your room all day.  She went to school.  Cried on the way there, cried when I tried to take her to her class.  Hid behind me.  I had to slowly push her towards the door over a period of five minutes, until she was just inside then I had to leave quickly.  My last sight of her that morning was her crying after me.

Picking her up, she had a great day again. Went to the library, played, again the teacher said a fabulous day.

So this is what gets me.  She has great days, but cries and doesn’t want to go in the morning.