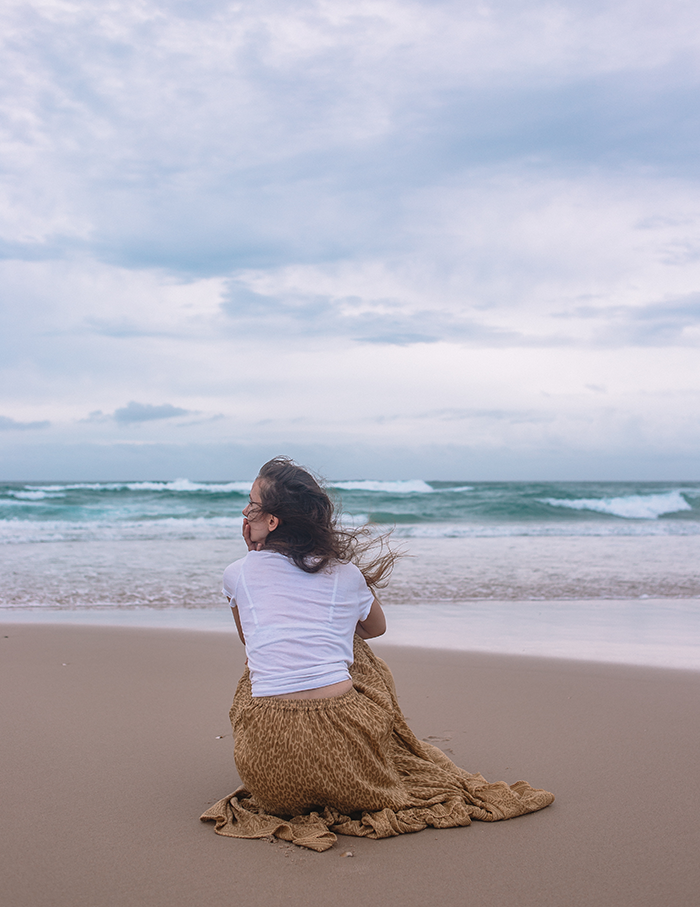 The cool thing about travelling solo is, ironically, the people you’ll meet.

One morning I met up with a woman I only know through Instagram. We had met because I sent her a message out of the blue one day asking about a Spell dress, and then we followed each other and have communicated via the app for a long time now. It was so great to meet someone in person you only know online. And I can tell ya, the photos do not do her justice! Not only is she gorgeous, but super cool to talk to as well. Another two very cool people were the other patrons in my Air BnB. Two other ladies. One was an older woman who had the coolest short white hair, and a totally awesome f**k you attitude.  She was whip smart, witty, and had some exciting stories to tell about her life and vacay. The other woman was my age, she was a doctor and a yoga teacher, a new mom, and away for a fantastic weekend meet up with friends from all over the world. They were meeting up in Byron to celebrate the birthday of one woman and she was taking the opportunity to get a breather.

Lastly, the couple who were down in Byron from their smaller beach town up the coast. Cafe owners who decided to get away for a few days. They had met in El Salvador, he had lived in the US for twenty years, and this was the second year that he was in Australia. They were amiable and educated me about their life, the hardships, and what they love and don’t love about Byron. Mostly, they were wonderful dinner company and super cute together. That’s the best part about it – meeting people with stories totally different from yours.