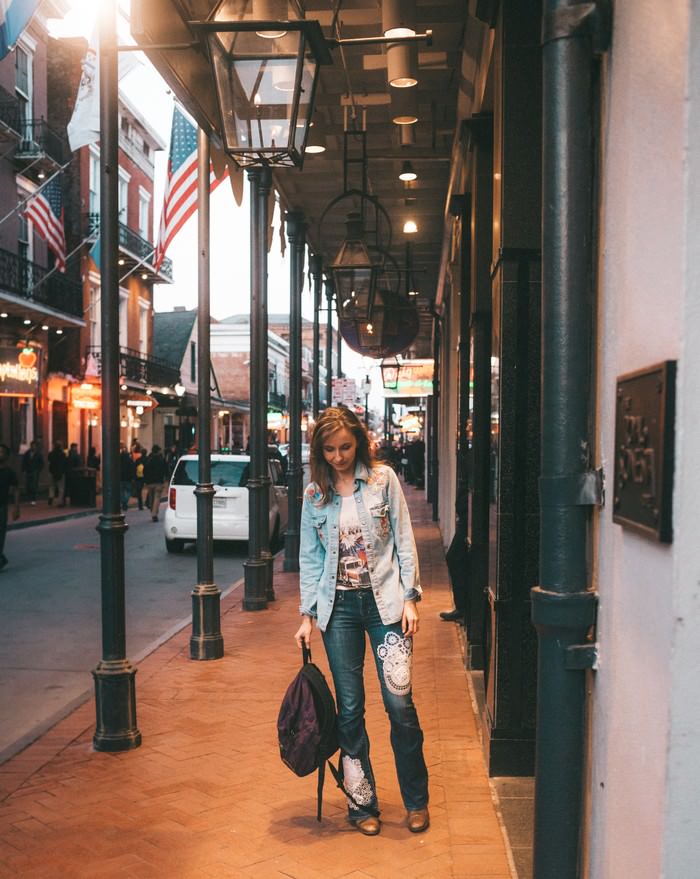 New Orleans….during Mardi Gras.  Let’s just say that it is NUTS!! Crazy nuts. Mardi Gras day wasn’t for another couple weeks, but the partying and the parades were in full swing. And when I say ‘full swing’ I mean ‘partying and drinking in the streets en masse until 5am’ full swing. It was insane.

That first evening, upon arrival, it was hunger and exhaustion leading the way. Walking a couple blocks over to the French Quarter, I chose a restaurant at random, and ordered fried alligator and gumbo. Later, after some google research, I found that I’d stumbled upon the top four gumbo in the city (at the Royal House – voted best up and coming gumbo). So yay, I could tick that off the list of things to see and do. It’s a stunning city filled with fantastic architecture, and everyone that I came across was so much fun and so warm. Southern hospitality indeed!

However, there are a lot of homeless and once you step outside the tourist areas the disparities between the rich and the poor become very apparent. And racial tensions run high, I felt like I got a rude awakening after living most of my adult life in such a diverse and liberal city like Toronto. Finally, according to an Uber driver, the city is only half recovered from Katrina, so that adds more pressure onto the people and the infrastructure. It’s a beautiful city with so much rich culture that is struggling in many apparent ways. The beauty makes you love it so much, and I just pray that they get through their difficulties.

That first night it was just a little rambling through the streets of the French Quarter before a day of travel had me turning into bed early.
Stay tuned for more New Orleans adventures and stories to come in the next few days. *I’m heading to Las Vegas next, so be sure to follow me on instagram – @joannahaughton – to see exclusive shots in stories*