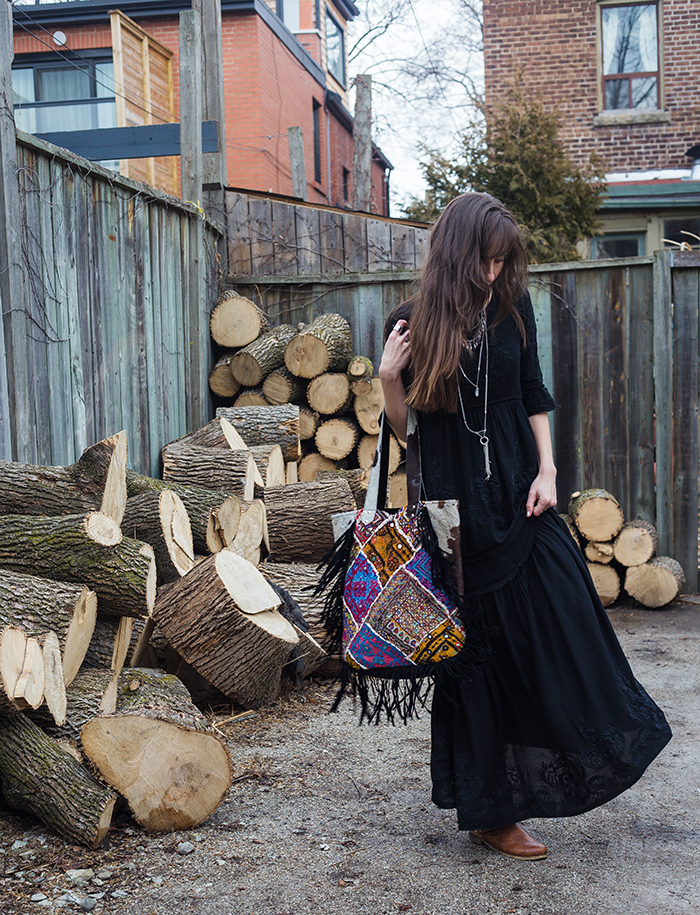 Lately, there’s this obsession I have with white. I want white dresses, white tops, shorts, everything. Which if you’ve known me for a long time is ironic, since until about eight years ago, I pretty much wore all black. It was a bit of a joke that my entire wardrobe was black. Now, it’s pretty much crazy patterns and white. But I love this dress – a lot. It’s comfy and it has embroidery and it’s super easy to just throw on.

It’s telling that I was actually hesitant about getting it, concerned that wearing a black maxi dress would make me look like Morticia Adams. It used to be that I wouldn’t think twice about it. It used to be that I would hesitate wearing an all white dress thinking it made me look like a runaway bride. I always find it amazing how much we change in such a small amount of time.