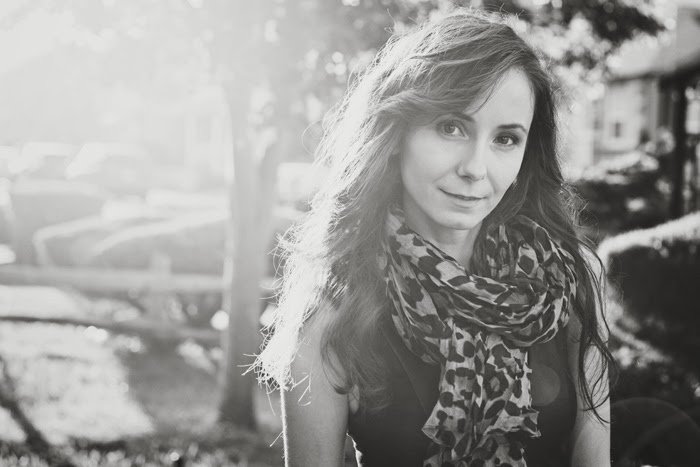 Dress – Zara  //  Tights – HUE  //  Boots – Walmart  //  Scarf – c/o Sexton in the City  //  Earrings – F21
Told you I can’t get enough of pleather; so, this was the perfect LBD for me.  This leopard print scarf was a fun way to add a little bit of something to the whole affair without being too colorful.  Plus, hey, who doesn’t love leopard? I know.  Years ago I wouldn’t have ever worn leopard, now I’m kind of loving it.  People change, styles evolve though.
What I really enjoyed was the make-up.  Natalie is a make up artist I’ve known for years.  Recently, she launched her own make up line and opened a boutique called Sexton in the City.  She’s done my hair and make-up for television quite a few times, so I have faith in her abilities.  That’s why when she suggested sending me a few items to try I just said, “You pick them.” What came kind of surprised me. Coral and orangey and bright bright pink.  Honestly, these are not the colors I would’ve ever picked for myself.  But like I said, I trust the woman, plus they go really fantastically with the scarf she sent me too.  So I put together a simple and natural look using everything except the pink ‘Oh Jessie’ glaze. *That’s for another night* I was surprised yet again.  She had chosen really great colors for me. I should’ve known better than to doubt when I opened the box.   I loved the orangey/coral blush *and the name, ‘orgasmic’!* and the Huetopia lipgloss.  It’s hard to tell in the photos because I don’t like to wear too much and therefore it doesn’t show up all that well, but the blush gave me a wonderful subtle glow.

The gloss is a bit thick for my everyday preferences, but for a night out like this it was great because it lasted all night with only one touch up.  The neutral shimmer eyeshadows in Beige Mist and Hot Pants were just enough color without making it seem too obvious as, like I mentioned earlier, I don’t like to go too crazy with make up.

I will say, and here’s where it becomes really apparent that I rely on others for my make up, that the mascara curved applicator took me a bit to figure out.  But once I did I really liked how easily it went on and how it made my lashes pop without bulk.

I’ll be reaching for all of these frequently.  Especially since I have nothing else like it in my collection.  Now, I’m kind of wanting to get the Russian Red and Diva lipsticks.  Hmmm….

*linking up with Trend Spin*