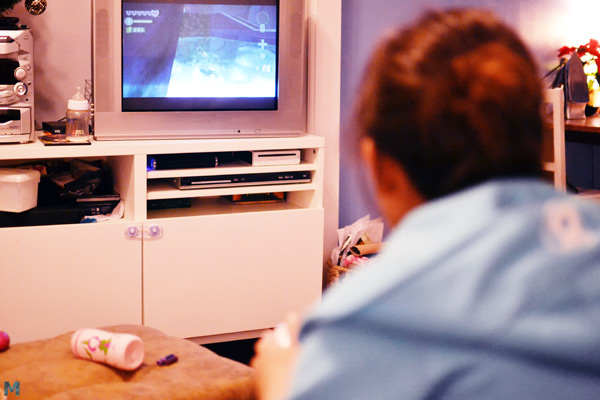 Tuesday In Review: The Legend Of Zelda Skyward Sword I love games.  However, I’m more of a board game, strategy, puzzle kind of gamer.  I love to play Civilization, solve jigsaws, crosswords, and sudokus.  I hate fighting games.  I love to fight and train in martial arts, but the game fighting has no appeal.  Which is why I had been so resistant to Husband bugging me to play Zelda The Legend of Skyward Sword.  I have to say that I’m glad he did.

I still don’t like the fighting, not in the least, but at least there’s not too much of it.  And the intuitive controls of the Nintendo Wii make it a lot easier and user friendly for a non-gamer like myself rather then the button mashing and arrow pointing of other controllers.  Plus, it’s not so pervasive that it turns a non-gamer off, and it’s not so rare that it turns someone who likes it off too.

I like that the game has a nice balance of all these different elements,  It’s really a fun adventure game, and that has a huge appeal.  I must say though,  all the silly talking the other characters do gets on my nerves, but I’m not very patient when it comes to that sort of thing.