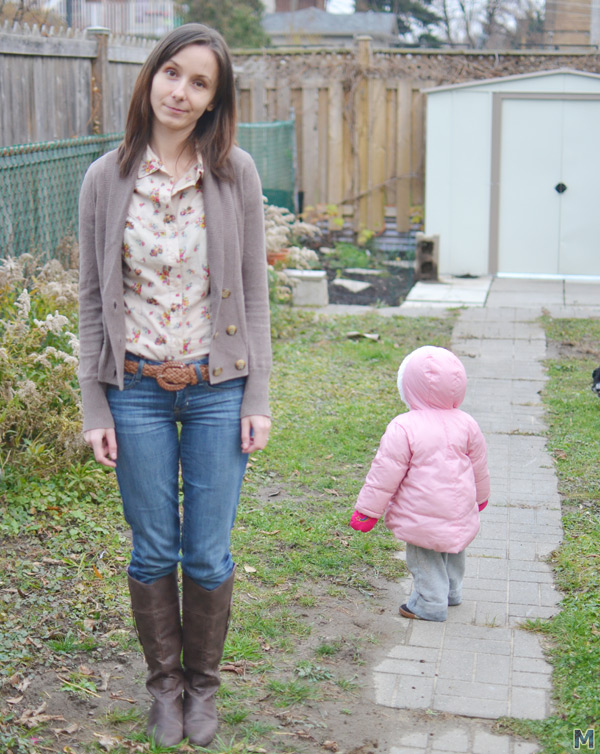 I’m an avid runner.  And I do mean avid.  Before I had the Baby it wasn’t uncommon for me to go for 10k runs up to five days a week.  It’s just something I liked to do.  And when I got pregnant I pretty much continued doing that.  I listened to my body and the days that I felt too tired or not up to it, I cut runs short or skipped them altogether.  And I also did P90X during my pregnancy – everything except the twists, which all the experts agree is not good for you.  And the abs – ’cause once I have a big belly that just wasn’t going to happen!  But I continued this exercise regime pretty much right up until I gave birth.  And then at six weeks post-partum, when I got the medical ‘all-clear,’ I resumed my running regimen gradually starting from 20 minutes and working my way back up.

What frustrated me were the looks of disapproval I got from some people.  The looks that said, “You’re endangering your baby by over exercising.”  I got those looks from a wide-spectrum of people, and I always dismissed them.  I told myself that my doctor and midwife didn’t have a problem with it, and my body seemed to want to continue it so why shouldn’t I? I’m pregnant, not sick.

Today I read this article about a woman who ran/walked a marathon and gave birth shortly after.  She has become infamous, drawing critics from far and wide. We all have different bodies and different capabilities, and where one woman can run a marathon pregnant, another can’t, but as long as both women are healthy, what’s the big whoop?  If you’re healthy and capable and smart, why shouldn’t you do it?  I think what’s more dangerous is the pregnant woman who lays in bed for nine months and takes pregnancy as an excuse to not move and to eat everything in sight regardless of nutrition. But that’s just me.

These days I still run on the treadmill, but I pretty much run all day everyday….after Baby and Drake the Dog.   What did you do during pregnancy?  How did your body feel? What would you change if you were to do it again?