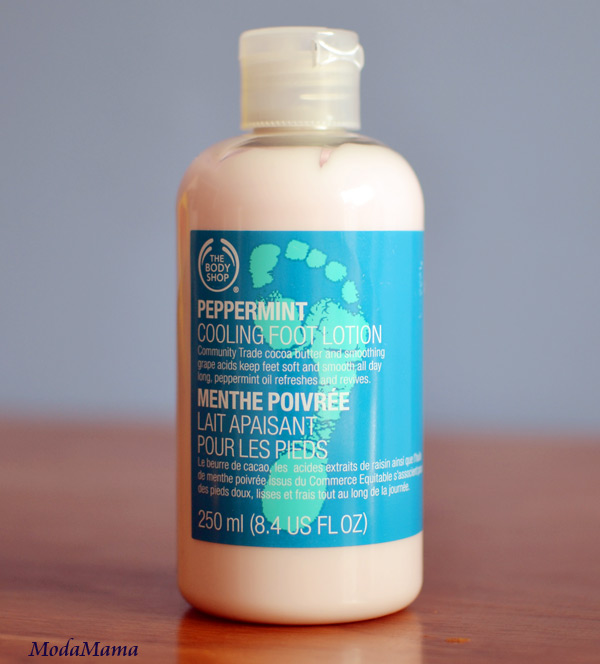 Okay, so I should really be letting Husband write this one since I never actually use it myself, but here goes.  For the last seven years I have had the privilege to receive delightful and wonderful foot massages at least thrice weekly *sometimes more – isn’t he the best??*  And for all that time we have been loyal to this one foot lotion, we’ve tried other ones when the need arose, but Husband always asks me to go back to this one.

Here’s what he has to say about it.

He really likes the minty fresh smell.  Sometimes the fruity or coconutty smells are just too overwhelming, but mint is just fresh and crisp.  And he says this lotion spreads and lasts longer and better than any of the other ones we’ve tried; so it doesn’t dry up and create friction.  But he also really appreciates that it’s a lotion rather than an oil because he doesn’t want to get oil on his clothes, or his hands since it’s too difficult to wash up afterwards.  Overall, he’s found that this is the one that he likes the most.

And let’s be honest, if I’m getting the foot massage, I’ll make sure the one giving has anything he likes!