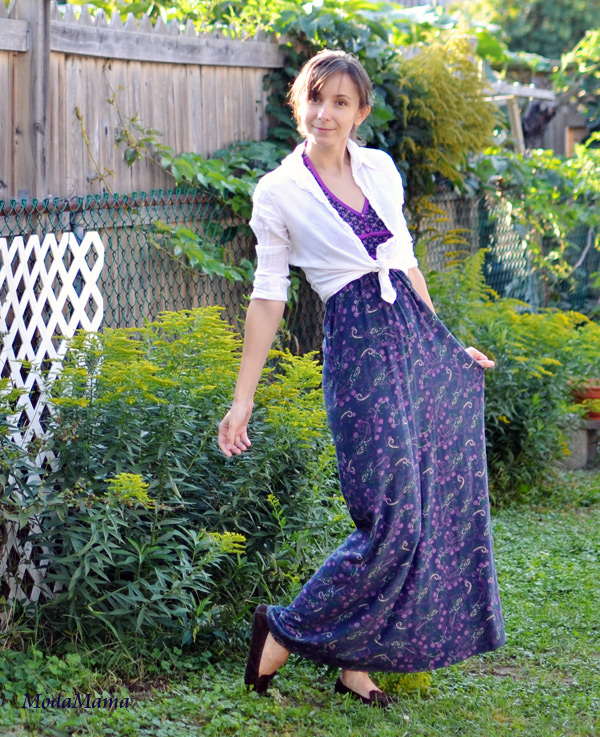 Yesterday was the ten year anniversary of 9/11.  And I have a memory of that day that will stand out to me forever.  Every channel had been playing and replaying the footage, and there was news streaming non-stop on the TV.  About three hours after it happened, I went out to a local bulk/health food store to get some much needed groceries.  So, I remember being in the store and getting what I need while the little store TV is softly replaying the footage.  And I overhear some patron complain about how his day is ruined because all his shows have been pre-empted and all that’s on the TV is the same thing over and over again.

As humans we can be so incredibly self-centered.  It makes me sad.

Quote of Today:
“You’ve got egg in your ear”
Tags: Dresses , Florals , Maxis