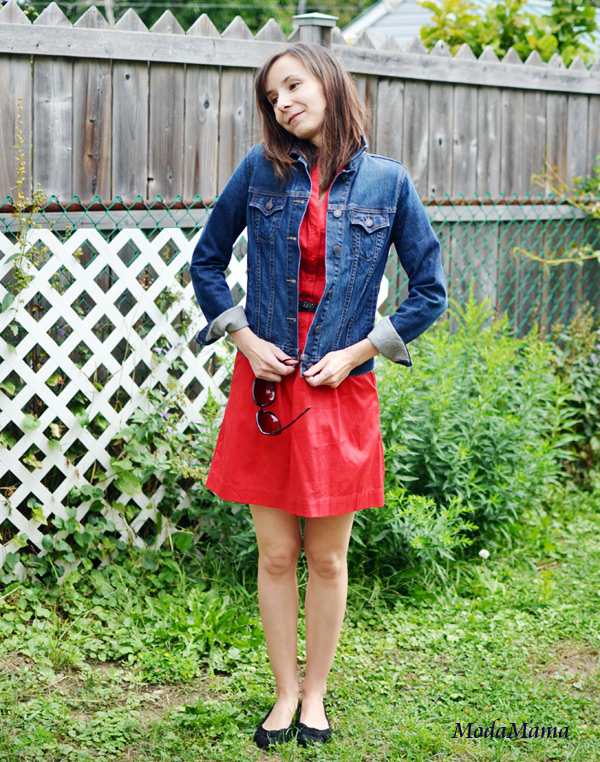 …I went to a friend’s house to play the Battlestar Galactica Board Game *with both expansions* and it was awesome!  what was great was that everyone around the table, six people in total, could reference esoteric things of the show and everyone else knew what they were talking about.   Sometimes I can’t believe how much of a nerd I am! C’est la vie.

Then last night Husband and I got to go out together after the sun went down.  That has not happened in 14 months!  *the exception being our anniversary weekend away*  We put Baby to bed, and left for tea and dessert, leaving her in the capable hands of Uncle Rob.  Really, since Baby was in bed all he had to do was play video games, but still.  It was nice.  We weren’t out too long since both of us are really pooped, but regardless it felt good to get out for a bit.

And while we were out, I managed to grab the Vogue September issue!  I look forward to this issue all summer and I’ve been keeping my eye out for it.  Last night I saw it was on news stands so I snagged it!  I’m really looking forward to perusing it and getting a lot of inspiration.

True Story:
*sometimes a picture is all you need*