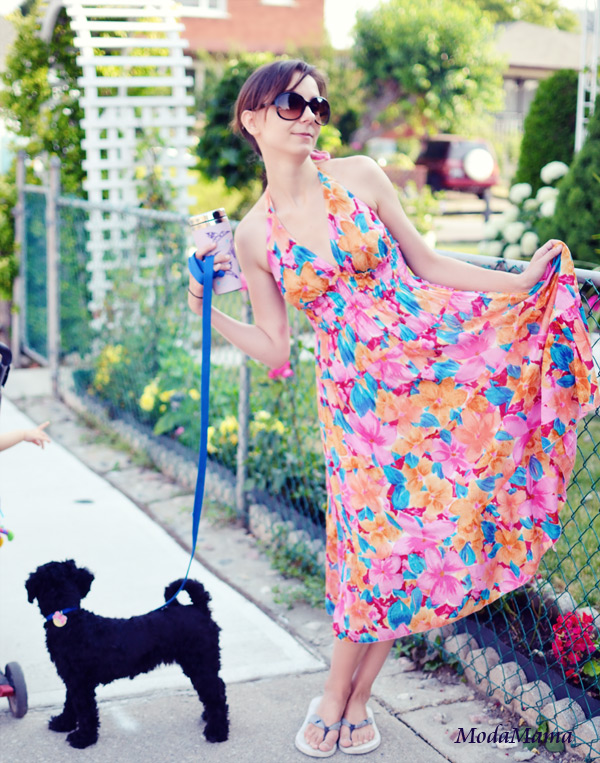 I Apologize In Advance For My Language This is one of my favorite dresses.  And can you believe I bought it for $5 in Lagos at a street stand.  Just goes to show that your favorite things might be the cheapest!  The colors are so sunny and they make me happy! And how wonderful to have a Love Story feature on the Ruche blog!  Go on, read it.  I dare you.  And if you like the photos, get Stacy Kinkaid to shoot your special moments…if you’re in and around Toronto that is. She’s so talented and just a complete pleasure to work with.

But alas, that’s where my happiness ends today…

Commence rant.
I nearly lost my dog.  And when I say lost I mean he was nearly killed. Yes, that adorable black fur ball was nearly killed. Why? Because of stupid dog owners!  A man had his huge German Sheperd off leash in a children’s playground – where it’s illegal to do so by the way – and the huge beast ran at my dog.  He came up and sniffed him, then bared his fangs and pounced on Drake.  Thank goodness my little guy is quick ’cause otherwise that thing would’ve got his neck.  I immediately put myself between the two and picked up Drake.  And the beast continued to try to attack him in my arms!  I half turned so that Drake was away from him – and my body was between the beast and Baby in her stroller, and shouted “No!” authoritatively at the monster.  It was shocked enough to pause, and that’s when the owner ran up, “He never does this.”  Clearly, you’re wrong because he just did.  Dog owners keep your #%@$@ dog on leash!  Especially where it’s illegal to take them off leash!  Especially around little kids!  Especially if you can’t control your own dog!  It’s one things for me to let Drake off leash – he’s barely 10lbs soaking wet.  If he charges, one swipe of a foot and he’s out of commission.  But a huge bag of muscle like a German Sheperd is another story.  I was terrified.  And not just for Drake, but for Baby and for myself.  Who knows what could’ve got into that brain?? So I reiterate, keep your #@%#$! dog on leash!!
End rant.