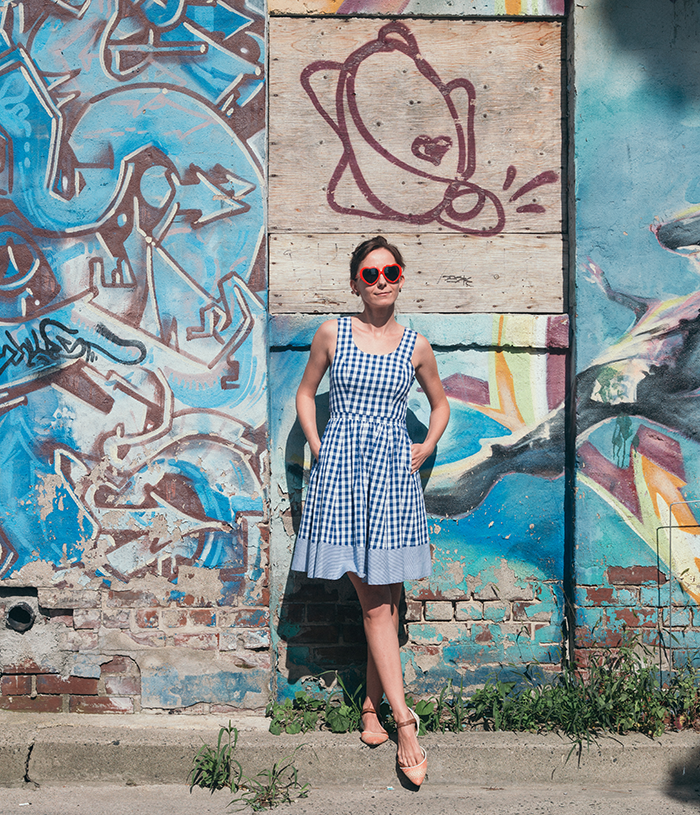 A classic gingham dress with the sweetest of sweet heart shaped glasses. Except that they’re not. If you’re a pop culture glutton, you’ll know that Ms. Grundy wore them in her last appearance in season one of Riverdale. While she was a sexual predator and we’re not going there, I did like the juxtaposition of the super sweet with something darker.  I often suspect when someone is too sweet, when they’re too nice, when they’re too innocent. We’re all a balance of light and dark and when someone tries so hard to push one, I often suspect what the other is that they’re hiding.

And when one dresses in the most ladylike of ways, in the most innocent of classic gingham dresses, and the sweetest candy of red heart shaped glasses, I got to wonder, “Girl, what dark demons are you about to unleash?” Linking up with Not Dressed as Lamb