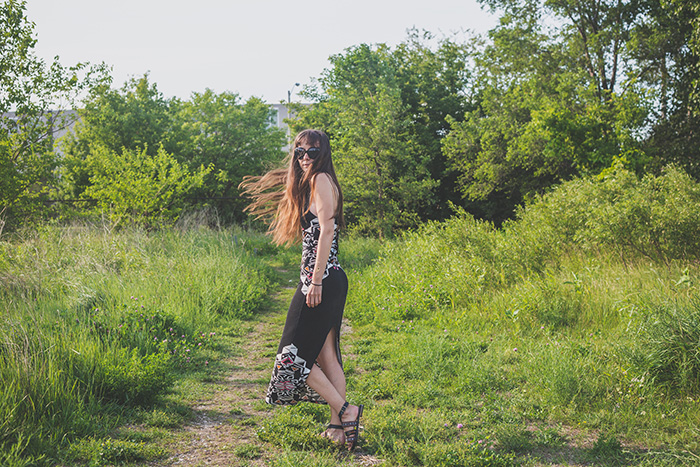 The Cost of Personal Style (Or The $9 Dress) Style doesn’t have to cost much. Actually it can cost about nine dollars and a little time. Take this dress. It was bought at a fifty percent off sale items sale. I paid a whopping nine dollars for it. I knew the second I slipped it on that it fit my trifecta of sartorial love: it allowed ease of movement, it was light, and it had some great visual interest.

The only hitch was that for some reason, the way it was made the top was a touch see-through. This wouldn’t be a big deal except that you can’t exactly wear something under a backless dress like this. But none of that dissuaded me. I bought it.

Then I took an old navy liner from a skirt that had been torn beyond repair, and turned on Netflix. At the end of the episode, I had hand stitched in a little shelf bra/liner. Problem solved.

Moral of the story? Two actually.

1. Personal style is made from what you love, and not what is on trend *this dress was on sale because no one else wanted it* or what is expensive.

2. Just because an item isn’t perfect in store, doesn’t mean that a little tailoring or imagination can’t turn it into a piece you’ll love for a long time.