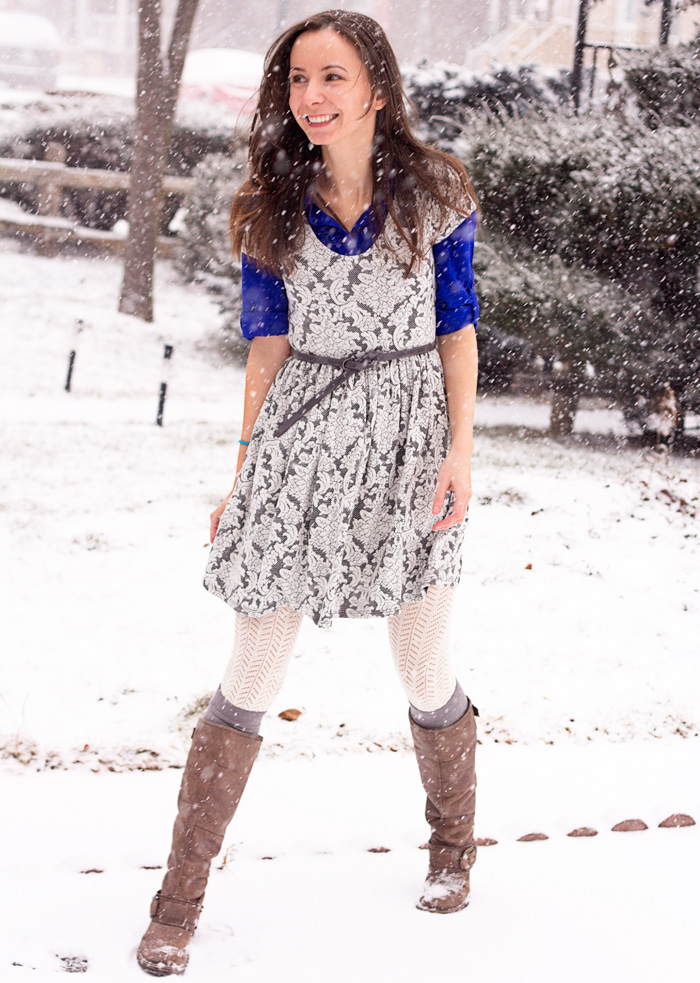 Top – Timing via ModCloth  //  Dress –  Everly via Ruche  //  Tights – Hansel from Basel  //  Belt & Socks – F21  //  Boots – Locale
Did I ever mention that I’m smart?  No really, I swear I am.  I’m so smart I decided that standing in a dress with no coat on, in the middle of a snowstorm, on the way to kids group just to get some pretty pictures was a good idea.   Me and Baby Girl walked there, though maybe I should call her Baby Abominable Snowman since by the time we arrived she was buried under a two inch layer of snow in the stroller, not moving and just glaring at the world with her toddler brows furrowed.
It was all worth it though because not only did she have a great time playing, but I was also asked if I was the babysitter and got a huge, “NO! You’re too young!” when I said I was the mama.  So, I would do it again.  ‘Cause I’m just brilliant that way, or I’m just too young to any better.  *wink wink*
Tags: Blue , Boots , Button Ups , Dresses , Gray , White