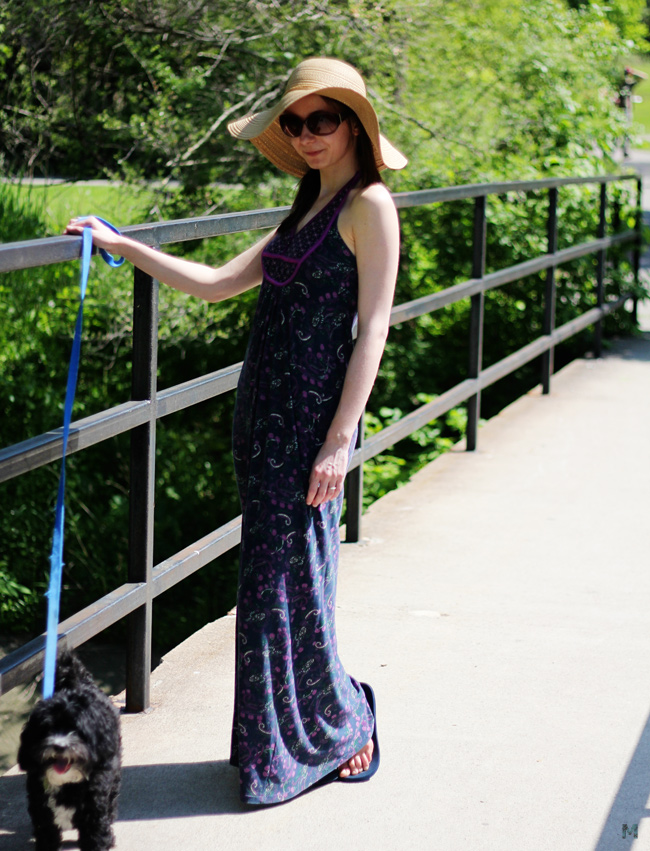 Hat – F21
Sunnies – honestly, don’t remember
Dress – bought in Barcelona, Spain.
Flip Flops – Abercrombie & Fitch
Wednesday I had all these plans.  Big plans.  Grandiose plans.  I was going to accomplish great things.  Move countries, topple mountains.  But what did I do?  I went to the audition I had to go to, and then came home and took a two and a half hour nap before going to host the show.  Two and a half hour nap….I just needed to say that again.  *courtesy of the husband who watched baby girl for half of that*
Both the countries and the mountains have nothin’ to worry about.

p.s.  I really have to remember to take the sunnies off for pictures…two days in a row I’ve had both them and the hat on for shots.  Sheesh!

Quote of Today:
“What do you think this is?  Spartacus?”
Tags: Blue , Dresses , Hats , Maxis , Paisley , Purple