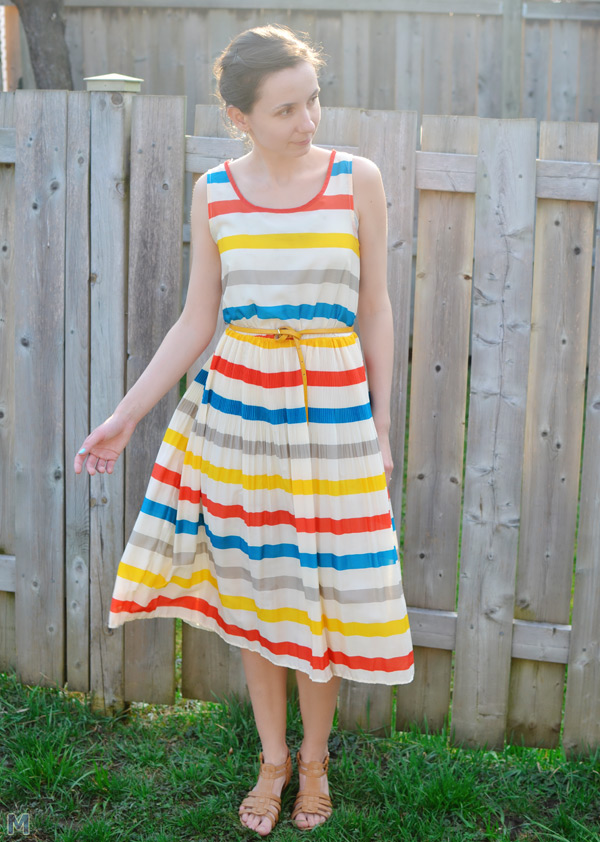 Psychological Warfare With A Toddler Pearl earrings – c/o Scarlet Samples
Dress – Ruche
Belt – F21
Shoes – Threadsence
I love my baby, but I’m pretty much convinced at this point that she’s trying to break down my sanity.

She’s hit the terrible twos early – everything is “Neo!” *her ‘no’* and crying temper tantrums when she doesn’t get exactly her own way.  My Mama calls it karma.  Thanks Mom.  I know she’s asserting her independence and that I just have to be patient, let her make as many choices as possible to give her some control, and then just show even more patience…blah, blah, blah.  *I’m not a patient person by nature*  Honestly though, I really think she’s embarked on some kind of psychological warfare with me.

She wanted to go for a walk. I didn’t, but after much  Neo-ing and whining I gave in and said, “Okay, fine. We’ll go.  Get your hat and shoes.”  She did.  I got mine, and headed for the front door.  She headed for the back.

This went back and forth for a while.

I thought, “What are you doing to me kid?  I’m giving in.  I’m giving you what you want.  We’re going for the darn walk!” *and by ‘darn’ I may mean another word*

She wouldn’t budge.  It was a Mexican stand off.  That devolved into a 15 minute temper tantrum….by her, not me – let’s be clear about this.

I’m convinced she’s trying to make me lose my sanity.  But the joke’s on her…I lost it years ago.  Haha! I win!
Oh crap, wait.