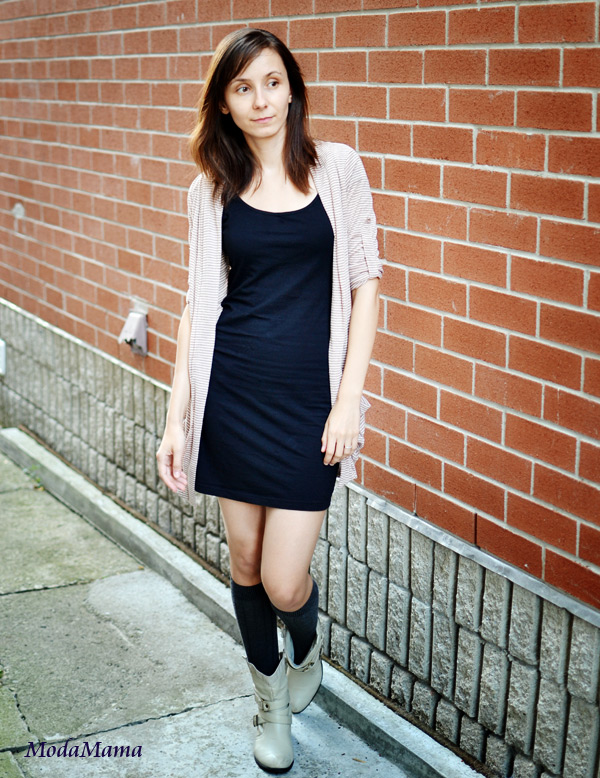 How Do You Feel About A Sex Strike? I got a haircut and I’m eager to show it to you.  It’s not much of a change but still it looks better.  Anyway, I still had two outfits from before the haircut, so I’m including both of them in one post to share with you.  This way I can start fresh tomorrow.  On both of these days I was feeling slobby and these are outfits that I just bummed around the house in – my version of sweatpants and a hoodie.  So forgive their relaxation and lack of forethought/creativity.

Now on to something more interesting…

I recently read something interesting in Marie Claire magazine: In a small town in Colombia women are withholding sex in order to motivate the men in their lives to push for the local government to pave the area’s main road.  The road is a vital connection between the town and the rest of the country.

The first thing that strikes me is that the women themselves seem to lack the political power to be active themselves – they seem to have to work through the men rather than themselves.  This is something I find sad in the 21st century.  But the second thing that strikes me is their resourcefulness to get something done.  The collaboration and organization that went in to enacting a town-wide sex strike is impressive.  And lastly, this article reminds me of something my Ancient Civilizations high-school teacher once said at the beginning of the school year to the guys in the rooms: “If there’s one thing you learn this year it’s this: no matter what you may think, women rule the world.”

But while we’re on the subject of women in this world.  I was appalled and offended by the current “Allergic to Algebra” shirt that Forever XXI is selling on their site.  And this comes just after the JC Penney “I’m too pretty for homework so my brother does it for me” shirt debacle.  Really?  Are we trying to tell young women that their looks are more important than their brains?  As a woman and mother, I’m disgusted.