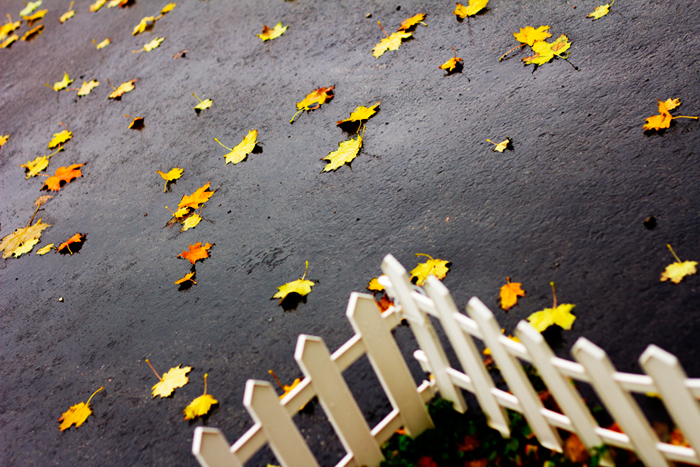 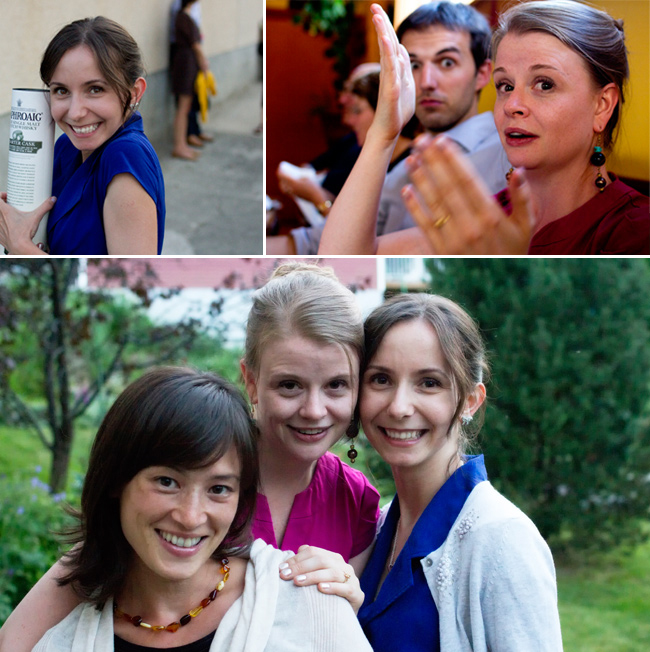 Emily bought me a lovely bottle of scotch as a “Thank You” present.
Emily smacked her face to kill a mosquito and Blair’s reaction in the background is priceless!
Us ladies at the rehearsal dinner after party. Getting ready in the morning to get this lady married! 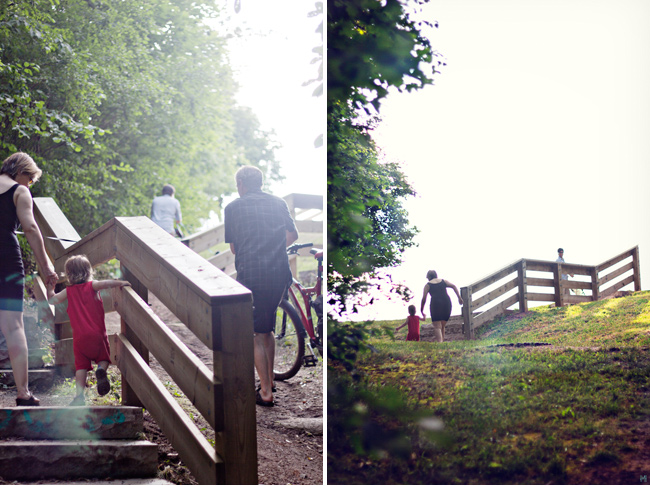 So I gave in and did a Vlog after all.  Here’s the first of *possibly* many Coffee Talks.
It all depends on your feedback, really
If you can’t see the video click here. 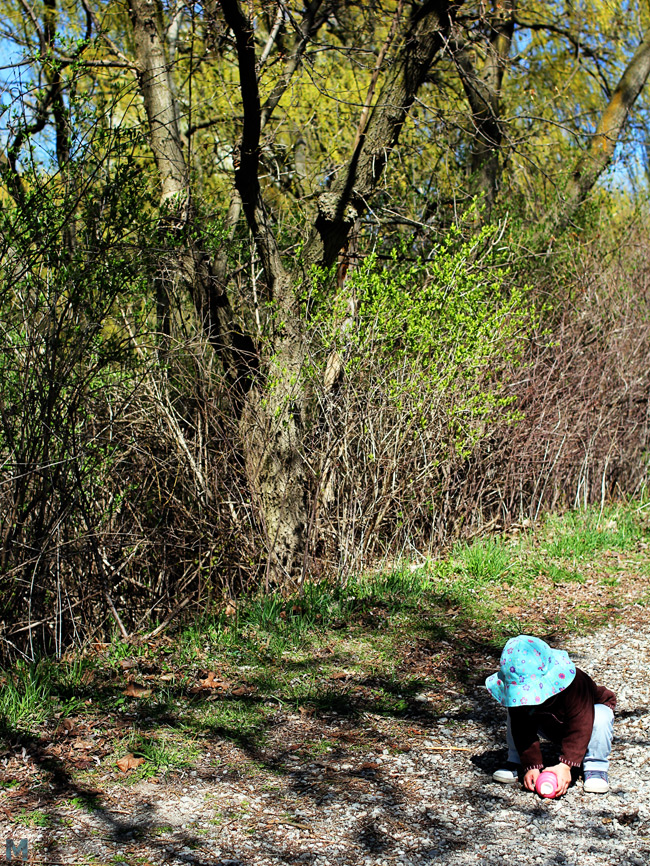 Wrapped Up In A Rock I don’t usually link up with challenges and things like that, but when the idea of photos based around faceless portraits was mentioned I instantly thought of this photo I snapped yesterday.  It captures my baby girl perfectly.  She’s inquisitive, loves nature walks, and always finds joy in the simplest things…in this case, a rock.  And finally, she’s fiercely independent.  She walks where she wants to, how she wants to and stops whenever she wants to.  Like here. 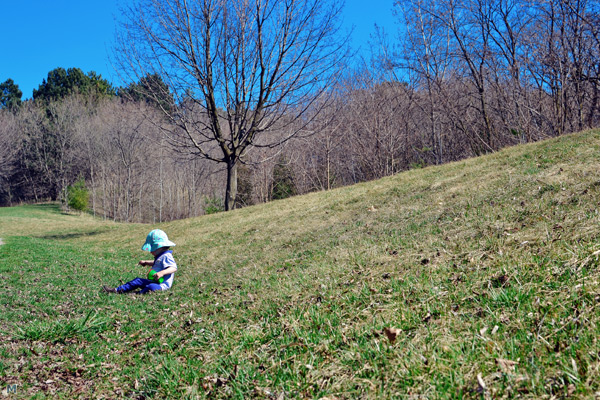 The beautiful weather allowed us so many opportunities to be outside this week.  I couldn’t get enough of it, and neither could my little babe.  She wanted to go out from the moment she woke up every day.  She would actively turn off the tv, get her hat and shoes, and push us towards the door.  So naturally, we’d oblige since I prefer her to be out doors rather than in front of a tv.

Her favorite are the ducks and geese at the pond.  But I believe we’re firmly in the mating season as the male geese are extremely aggressive.  She started to walk right up to one with no regard for the fact that it was hissing at her.  I jumped in there right away – to stop her and to show the goose that I’m dominant and get it to stop hissing.  Man, that could’ve gone badly.   Figures, a male showing off for the ladies! 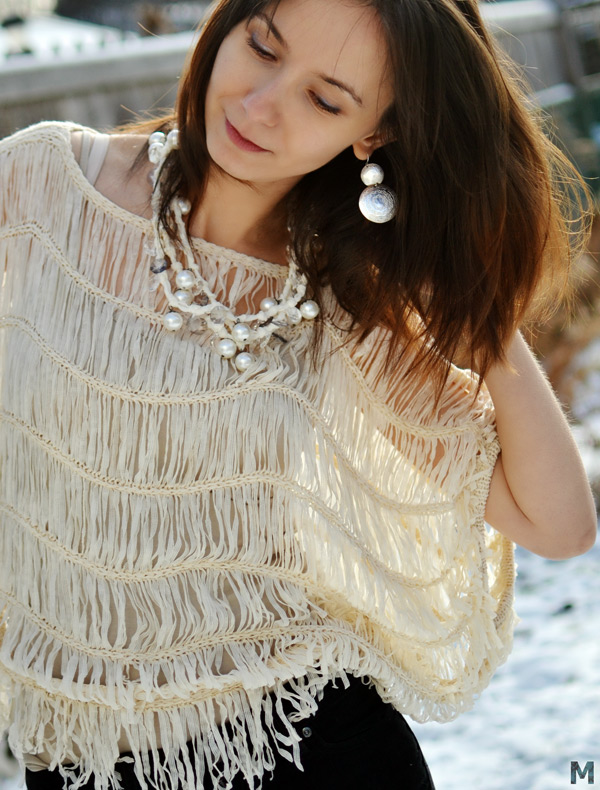 I nabbed these two tops from local Toronto designer boutique HUH.  She makes all her own clothes and everything is one of a kind.  So if you’re in Toronto, get your butts over to Queen St. West and nab some stuff during their huge winter sale before it’s all gone!

And while we’re on the subject of sartorial treasures, can I say that I never thought I would love skinny velvet jeans, but I do!  I love these pants.  They seem to go with everything and I really like that they add this rich texture to everything.  It just makes every outfit feel just a little bit more special.  They were a sale nab as well.  Bonus!

It was -25 degrees celcius outside when  I did these shots. And I did it just for you!  You see I wore this outfit to a recent photo exhibit by Joshua MacDonald
opening in which I was one of the models, but since I headed out in the
evening, I couldn’t get good outfit shots.  So I put this on a few days
later for some shots, and then immediately jumped back inside and into
warmer clothes.

Joshua is really talented.  One of his photos won a prestigious award in Ontario and he only just recently graduated!  He’s going to take the photography world by storm, and I’m so pleased that I got a chance to shoot with him.  This is one person I would work with any day of the week and twice on Sunday!

p.s. I’d love it if you checked out my latest photo shoot here.  Thanks a bunch!
p.p.s.  I had to turn on word verification on the blog. I was getting a lot of spam!  Sorry! Yup, she did that.
Twice. 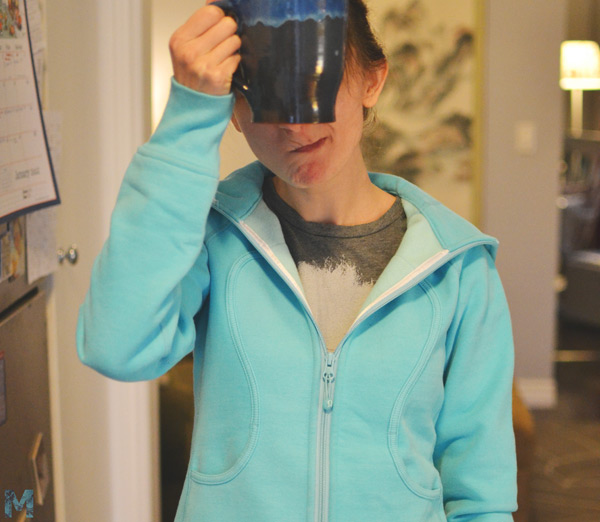 Sloth Is Possibly The Best Sin New Years Day was spent recovering.  Recovering from the holidays.  I over did a lot of things in the past two weeks, not to mention New Years Eve, so the day was spent dealing with the aftermath.  I wasn’t so much hung over as headachy, crampy *from that thing, you know what I’m talkin’ ’bout girls*, tired *because Drake the dog over did it too and puked in the middle of the night*, and just plain grouchy *because I’m still not over my big birthday milestone*

I most definitely was not in my finest form.  Hence, the hoodie and workout pants. And the face hidden in these pics is due to the no make-up or hair thing.  The Einstein shirt was there in the hopes that I might gleam even just a tiny bit of my lost brain cells through osmosis.  Don’t think it worked though.

I spent the day playing Civilization on my computer *as if you didn’t think I was a big enough nerd with my vast assortment of Battlestar Galactica, Star Trek, Buffy, Supernatural, and Firefly DVDs,* drinking lots of water, and then….*I hesitate to admit* playing Zelda the Legend of Skyward Sword on Wii.

We’re bad parents, but it’s our Christmas holidays too.  So we’ll be back to attentive parenting within a few days.

Oh wait!  I did do something productive/redemptive!  I fixed the hem on a dress that needed lengthening and finally used my new sewing machine *I’ll show you the fruits of that labor soon*  and I went for a run!  It was a short run, just 45 minutes, but nevertheless I did one!  Did I redeem myself even just a little???

And if you’re looking for something to do, go here to see some fun shots from a shoot I did in the summer. Quote of Today:
“Do I fly the bug thingy?” 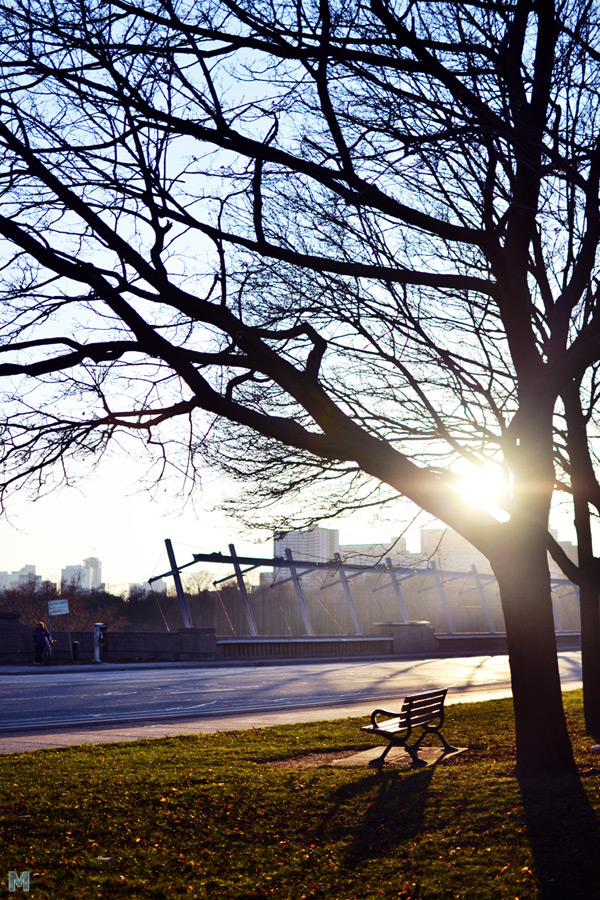 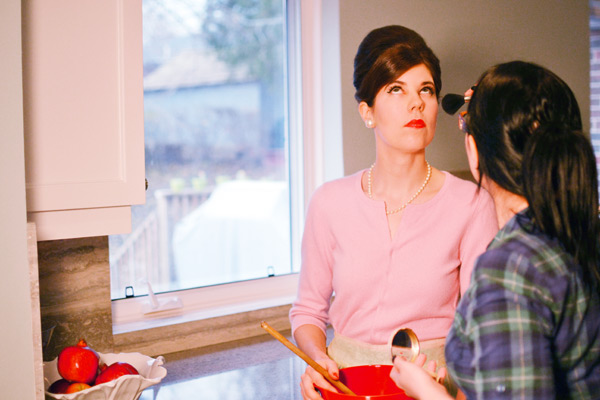 Here’s another sneak peek of the shoot I did.  And I figured since it was Vintage themed that I would put a vintage effect on this behind-the-scene shot.

Stay Up to Date